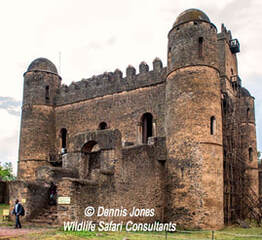 Culturally, a very diverse nation. "Lucy", one of our earliest ancestors dating back 3.2 million years was discovered here in Ethiopia in 1974. The nation is an amazing blend of people of more than 80 different ethnic groups. A rich combination of Christian and Islamic background, results in people of different beliefs but who very harmoniously co-exist. A history full of legends, with the Queen of Sheba and the Ark of the Covenant being a part of the mystery. Today, some of the great attractions include churches built down into the ground or found in caves on mountain tops, walled cities, castles and fortresses, alongside tribal groups who live in the Omo Valley and whose ways remain unchanged for thousands of years. A very colourful nation of diversity. 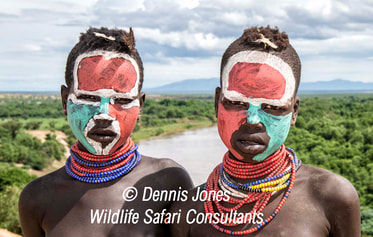 Ethiopia is different from any other place on the planet. It has been dubbed the Chessboard of the Gods, Cradle of Humanity and Roof of Africa. Some 70 million years ago these highlands fractured, initiating the splitting of Africa’s Great Rift Valley. The resulting countryside is as spectacular as it is varied and the landscape of the nation reveals some amazing features. The lowest place on the African continent, the Danakil Depression at -155m with its vast salt pans and 25% of Africa's active volcanoes. At the other extreme the highest mountain is 4,550m and much of the country is over 2000m. From deserts, to tropical jungles, and high plateaus and it's the source of the Blue Nile.
Start you experience in Addis Ababa the Nations' Capital, modern and growing rapidly, and arrive with Africa's second largest airline, Ethiopian Airlines, connecting the nation to not only Africa, but most of the globe.

For the wildlife enthusiast Ethiopia boasts some unique species - Gelada Baboons and Ethiopian Wolves being the most famous. Unique sub-species of Nyala, Bushbuck, Hartebeest, Wild Ass and monkeys add to the big two, and over twenty National Parks are home to some of species less associated with Ethiopia - Gambela in the west of the nation boasts elephant, buffalo, lion, giraffe, hippo, cheetah, leopard, and vast range of antelope and monkeys..... !!  Noteworthy Parks are Awash, Bale Mountains, Mago, Omo and Simien Mountains.